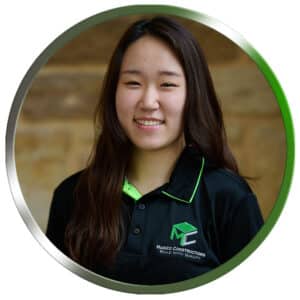 Growing up, both my father and older brother were extremely passionate about the construction industry and would often introduce me to the variety of works that they would complete throughout the years.

At a very young age, I was able to witness the intricate design processes that were involved in my brother’s architectural degree and I grew profoundly fond of the career and degree ever since. I was later blessed by the opportunity to complete my work experience at ‘Terroir’; an established architectural firm.

I gained further exposure by lending a hand on the admin side of things for Magico Constructions at fourteen years old and was later officially appointed as a part-time admin member alongside my studies at the age of seventeen.

Although I was able to work on the back end of our projects for a significant period of time, I was never directly involved with the physical construction sites until the COVID-19 outbreak had occurred. During this time, I was fortunate enough to be introduced to the site management and labour work involved at a few of our project sites, and witness each proposed design materialise.

Throughout my years of exposure in the industry, I have also begun to gain an interest in the urban planning aspects as it indefinitely plays a significant role in the built environment.

As a result, I decided to first study a Bachelor of Design in Architecture at Australia’s number one architectural university, The University of Sydney, in light of also completing a Master of Urban and Regional Planning.